Well, well, well, here we are. We made it to another weekend. I got up a little later than I normally do but I needed the little extra sleep. When I finally got up I took my blood pressure pills and insulin. I made some breakfast and watched The Family Feud with the original host Richard Dawson which had recorded the night before. Then I finally decided to go and get my hair cut. This was the first hair cut I had in, oh, let’s say 8 months. My head feels a little lighter. Right after haircut, I came home washed my hair, I always itch after a haircut. It definitely looks better but I am still and old ugly person, so what does it matter? The person who gave me my haircut seemed like she was in a rush. She couldn’t take her time and get it right. It’s still longer than I like, but I was like, fuck it, it’s good enough and came home. While waiting to get my haircut, a old lady came in complaining that it was hot and she had to wear a mask. I looked at her and said, if nurses and doctors can do it for 8 or 18 hour shifts you can do it for a couple hours and to please shut up. She stopped talking.

I am so sick of people bitching about wearing a mask. Just fucking do it and shut up. People like that are so self-centered and hypocrites. I honestly can not stand. Stop wearing you mask, get COVID-19 and die. You won’t be missed by most of us.

I plan to gas up the car a little later and take a drive around time once it cools down some. I need to get out of the apartment even if it is only for a an hour or so to just drive around. Besides, I need to drive the car some. It doesn’t get driven very much.

I think I am an easy going person most of the time. What I can’t stand is people who lie to me, misuse my trust and friendship for their own personal gain. Recently I do think I got used a bit. It’s hard to explain and I really won’t go into details but suffice it to say, I wised up before it was too late. It really makes me think that I really can’t trust people. I will never fully trust anyone. Too much can go wrong when you do. I had to unfollow the person on Facebook, I didn’t unfriend them on Facebook. I’d prefer not to see what they post. Ugggg! I am so annoyed and pissed off. This person put me in a jam because I couldn’t trust them but it is okay. I will manage as I have already planned things out for the next few months. I think I will be okay, but I probably should have held off on buying something I honestly didn’t need. Mainly because I already had something great in it’s place. Truth be told, I like what I had bought. I am such a fool, idiot and countless many other adjectives. Like I have said before, sometimes I could just make all this pain and horror go away with the right amount of extra insulin. I hate when I let people make me feel like shit or bad.

Then there is this guy from work who, again, only contacts me when he wants to “hang out”. That means he wants to fool around. He never wants to hang out like normal people or friends. Yet, he will with other people. So, sometimes I string the jerk a long for a few hours and then just ghost him the rest of the day. I am probably in the wrong for that. He is just another example of someone who uses people. I am sure I am not the only one he does that too.

Well, I think that is all I have for now. I hope this blog finds your life and day better than mine. Sucks to be in the shallow end of the gene pool. 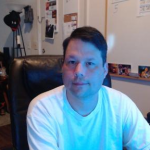 It’s Been A While

It’s Been A While

We Stand with Ukraine

I am boosted! Get boosted too